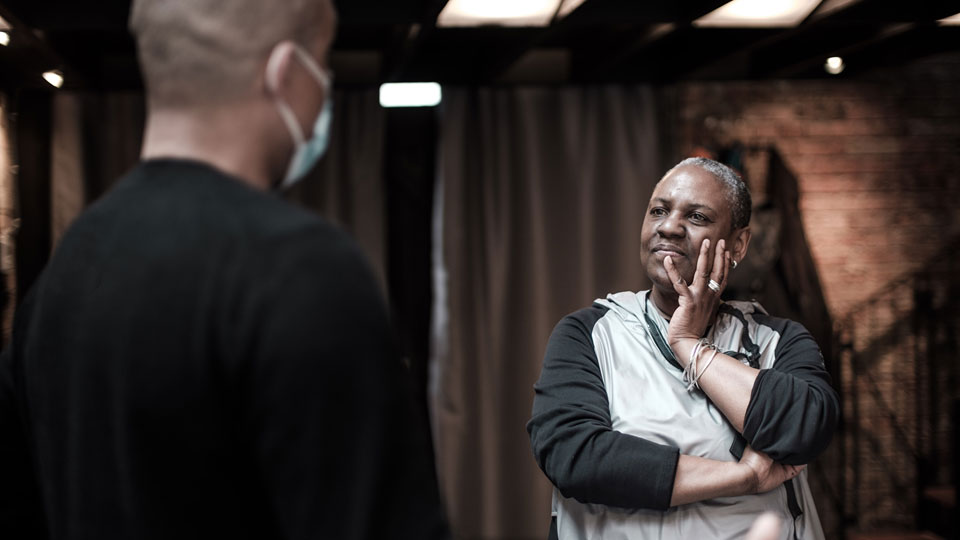 On 22 June 2020, Hackney Council announced that artists Thomas J Price and Veronica Ryan as the winning artists to be commissioned to create two new individual public artworks celebrating and honouring Hackney’s Windrush Generation, the first permanent public sculptures to do so in the UK.

Following an initial shortlisting process, the final decision was made by a panel including Hackney residents, Windrush campaigners, artists, architects and local councillors including Cllr Carole Williams – Hackney’s Windrush lead. The panel was chaired by Mark Sealy, director of Hackney-based gallery Autograph ABP, with approval from Mayor Phillip Glanville.

The announcement follows the Council’s decision to launch Review, Rename, Reclaim which reviews the role of statues and the naming of landmarks, street names, parks and other public spaces to ensure they best reflect Hackney’s diversity and history of fighting racism.

The Hackney Windrush Art Commissions serve to recognise and engage Hackney’s Windrush community, using the Windrush history and legacy to inspire meaningful creative work and intergenerational dialogue. Revolving around Veronica Ryan’s sculptures which will be unveiled in October 2021 and Thomas J Price’s sculptures which are to be later unveiled on Windrush Day 2022.

Veronica Ryan will be making three pieces of fruit, a soursop, breadfruit and custard apple realising her childhood memories of Ridley Road market boldly in marble and bronze. This trio of fruit, to be located by St Augustine’s tower, has historical links not only to Hackney’s beloved marketplace but also to the Loddiges family, who’s Hackney-based nursery, established in the eighteenth century, traded many exotic fruits, providing the borough’s diverse residents with tastes of home. Thomas J Price’s works will take on a more figurative identity, his two sculptures which are to be placed outside Hackney Town Hall. The works have been formed from an extensive scanning process of local residents, capturing the gestures, stances and emotions of Hackney’s Windrush residents and their descendents.

These works are just the beginning, a public engagement programme is also in play, spanning generations, community groups and individuals, further rooting the upcoming sculptures in the borough through dynamic and inclusive activities.

With her practice rooted in the natural world, Veronica Ryan is best known for her sculptural works, emulating the shapes and patterns found in her environment. Using organic forms as a direct exploration of place and migration, themes which relate to the artist’s own life and upbringing, her works become a means to map out memory. In her interest in the unique identities forged through migration, her sculptures become sites of opposition and liminality, absent and present. Ryan’s sculptures use plaster, bronze, marble, lead and at times found materials, imbuing her works with a real physicality.

Fruits and seeds are a recurring motif for Ryan and for her Hackney Windrush commission she will be creating a series of Caribbean fruit and vegetables: a soursop, custard apple and breadfruit. Inspired by her childhood, these bronze and marble works reference her frequent visits to Ridley Road Market with her mother. Anchoring her Windrush narrative in Hackney, these permanent works sit in direct dialogue with the local community, Ridley Road Market still a very much thriving part of Hackney identity as a borough. Symbolic of the Windrush experience, this work is both a personal and shared narrative, embodying the alienation and adversity in navigating a new place and making it home.

Ryan’s major survey at Spike Island, Bristol, is open until 5 September 2021. Her commission to mark the 10th anniversary of The Hepworth Wakefield, Leeds, is on view at the institution until 27 February 2022, where it is installed within the largest survey of Barbara Hepworth’s work since her death in 1975. Ryan’s inaugural solo exhibition at Alison Jacques, London, will open in Spring 2022.

Thomas J Price is a multidisciplinary artist concerned with ideas of power, representation and interpretation. His enduring fascination with the figurative, has allowed him to explore notions of recognition and visibility in public spaces through imagined characters who challenge and resist expectations and assumptions of the subjects depicted. Curating unique relationships between his sculptures and their audiences, he refers to his pieces as psychological portraits, keen to see how the reception and understanding of his works is shaped by society and the attitudes and biases that exist in the public realm.

Price’s use of bronze and his embrace of scale, subverts a neo-classical tradition of sculpting, one which was famous for depicting prominent figures, who in recent years have been condemned for their colonial history. In producing his own figures from scenes of everyday life, projecting moments of isolation and loneliness into communal outside spaces, his sculptures connect with the wider public through their visceral sense of honesty and intimacy. Private moments and gestures communicative of one's truest and most subconscious self, a key aspect of his commission for Hackney. Keen to represent the Borough’s thriving Windrush heritage and history, Price will be creating two figures using visual references he has collated from Hackney residents to inform his sculptures. These works hope to reflect Windrush pride, commemorating a generation and legacy of pioneers and their huge impact and contribution to Britain.

The Hackney Windrush Art Commission is supported by Art Fund with additional funding from the Henry Moore Foundation.